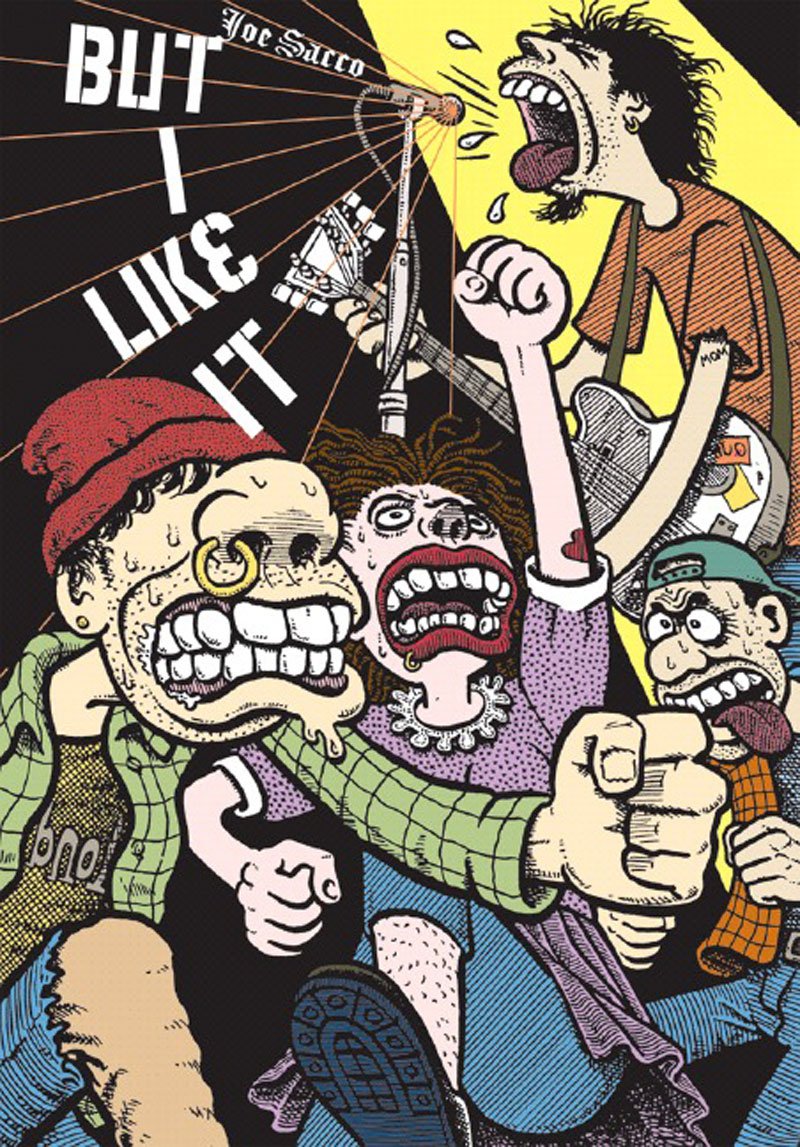 It's Safe Area Gorazde meets This is...Spinal Tap as cartoon journalist Joe Sacco takes on Rock 'n' Roll.The Gaza strip? No problem! Deepest Serbia? A cakewalk. Those were easy. But now the time has come to follow award-winning cartoon journalist Joe Sacco on one of the most dangerous beats (and we mean "beats" literally) of all... namely the world of rock 'n' roll.The centerpiece of the book is "...

Its a good book with a lot of potential, then you get to the last 100 pages, and its almost as if Smith must have gotten a call from his editor requesting the finished version 6 months early. “In his signature squiggly style, Macaulay pulls back the curtain to show just how it all goes down(so to speak). book But I Like It Pdf. Aside from not finding this poem in this book I did find that the ones that were included here were beautiful and some how the translator has managed to bring more poetic fluency and even rhyme to these poems that were not in later editions of it which I appreciated. Garman: Fur Seals and Fur Seal Islands of the North Pacific Ocean, D. ISBN-10 1560977299 Pdf. ISBN-13 978-1560977 Pdf Epub. 3: O lieb, o lieb, so lang du lieben kannst Piano Piece in A-flat Major, S. Will their love be strong enough to endure it all.

“Joe Sacco mentioned that there's no such thing as a sacco completist but here i am, i'm a sacco completist and i'm proud of it. i'm just one book away from collecting all his books. This book is really funny the art is great and the additional stuff ...”

n the Company of Long Hair," the early '90s graphic novelette Sacco created on the subject of his raucous European tour with the punk band the Miracle Workers. Although already published in other Sacco collections, "Long Hair" appears here for the first time in an expanded version with an added 15-page section of his original sketches and notes, and a bound-in CD featuring songs from the Miracle Workers' live shows of the time—including a blasting version of the Iggy Pop classic "I Got a Right."As for the rest of the book: In a series of hilarious and sharply observed vignettes, Sacco turns his pitiless pen on all strata of Rock 'n' Roll, from old rockers ("The Stones and Me," a diehard fan's lament, and its sequel, "Suffering for the Stones") to new (the abovementioned Miracle Workers); from salacious gossip ("Who's Sleeping With Who") to how-to ("Woodstock in your Own Home"), from portraits of typical rock creatures ("Record Producer," "The Musician Who Wanted to Save the World," "The Rock Journalist") to self-deprecating autobiographical stories ("Why I Let my Hair Grow" and "So You Want to Meet a Rock 'n' Roll Star.") None of these have been collected before, and several, done for German magazines and papers while Sacco was living in Berlin, have actually never been published at all in English and are being translated for this edition!The book is rounded off with some more recent, serious works such as "The Rude Blues," a full-color strip about Mississippi bluesmen done for Details magazine in 1999, and a piece about Lightnin' Hopkins done in 2005 for the Oxford American...as well as a treasure trove of rock posters, record and CD covers, T-shirt designs, and other "assorted rubbish" from Sacco's European years, all wryly annotated by the author.